To start this off, I had to begin with one of my all time favorite characters: Jo March from Louisa May Alcott’s Little Women.  Despite, or perhaps because of, her flaws, Jo is the character almost all of us wanted to be.  She is prickly and brash, independent and headstrong, smart and loyal, adventurous and high-spirited.  Jo represents the possibility of a life in which we can be ourselves and achieve our highest dreams. She doesn’t live life in half measure, but embraces living to the fullest, and, with that whole-hearted passion, continues to make readers unable to resist her unconventional charms.

Here’s what I imagine might be in Jo’s book stack: 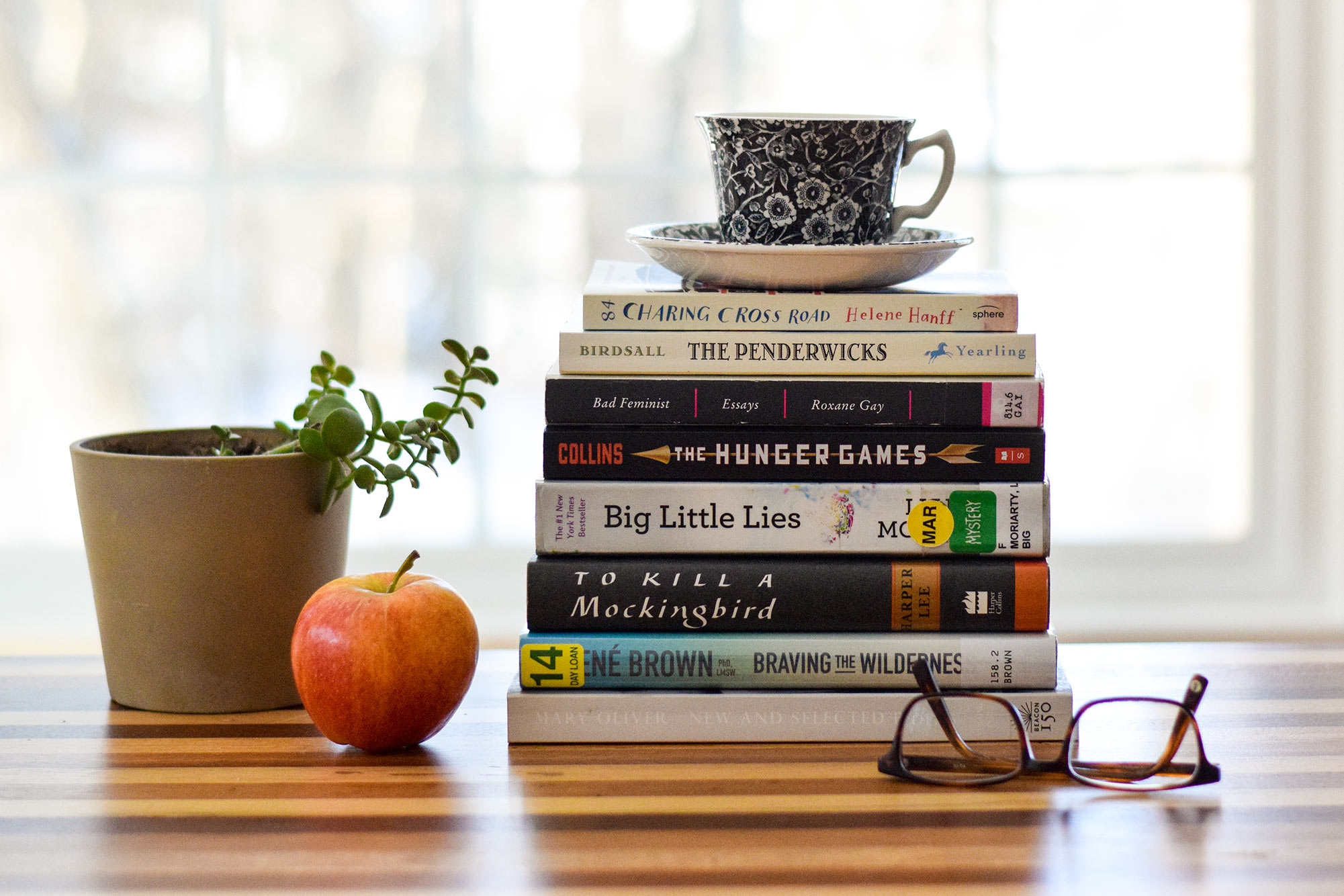 I think Jo would adore feisty Hanff and nod along with her bookish enthusiasm. She’d read this in a single afternoon sitting up in a tree with an apple, happily satisfied by the end.

Four quirky sisters, wholesome hijinks with the mysterious boy next door, adventures around the atmospheric Arundel Estate…that’s got to be a fun one for Jo to read, right?

Jo was a feminist before we had the word. Roxanne Gay’s essays are an approachable and insightful look into how our culture shapes our perspective.

I mean, this is about a girl who kicks butt and is adored despite being prickly and stubborn and completely unconventional.  Jo would totally be Katniss if she lived in District 12…and we all know the best friend wouldn’t be chosen that time, either.

I wanted to think of an equivalent to the gothic stories Jo reads and writes, and this dramatic page turner might just suck Jo in, even if she did feel a bit sheepish about it.

To Kill a Mockingbird

Join us in our undying love for Atticus, Jo. (Just don’t read that first draft.) Jo would deeply admire Atticus’s unwavering morality and I’m pretty sure she wouldn’t be able to resist tomboy Scout, either.

With the March sisters’ devotion to John Bunyan’s Pilgrim’s Progress, I wanted to find a modern Christian book that Jo would enjoy. Brown’s message of authenticity and the idea that “we can find sacredness both in being a part of something and in standing alone when necessary” seems to echo Marmee’s teachings and Bunyan’s words: “Better, though difficult, the right way to go; than wrong, though easy, where the end is woe.”

Another one to be read outside.  I think Jo would absolutely click with Oliver’s philosophies and can see this copy becoming quite dog-eared.

*Links are affiliate links. Any support is deeply appreciated.

Offbeat Characters and Why We Love Them